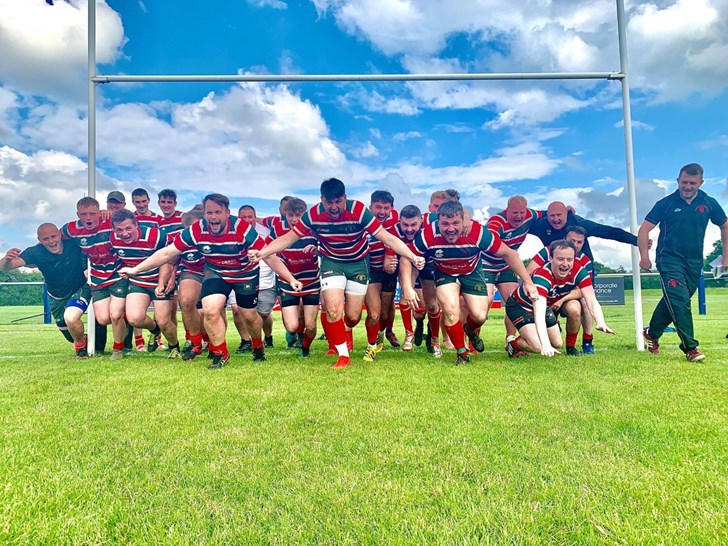 Euan Kelly crossed for a hat-trick of tries as Lincoln Imps XV lifted the NLD Cup with a 37-29 win away against Long Eaton.

Alex Brodrick, Tom Dowdy and Jack Miles grabbed one try apiece, with the latter also kicking over a penalty. Alex Brodrick and Conor Milnes also each kicked one conversion.

The second leg result means that Lincoln claimed a 67-36 aggregate win against their Derbyshire opponents to become cup champions.

Lincoln opened the scoring after just five minutes when Miles ran a hard line before Milnes played it out the back to set up centre Kelly, who slid round one player and beat the full-back to score. Alex Brodrick successfully slotted over the conversion.

Long Eaton responded quickly with two converted tries to swing the score to 14-7 in their favour.

Scrum-half Alex Brodrick started the move that led to his own try midway through the first half. He passed it from the bottom of a ruck to Milnes on the halfway line, who in turn offloaded it to Kodi Strand.

Strand ran round the outside of two players before offloading to Brodrick on the 22 metre line, who stepped the full-back to run in for an unconverted try under the posts.

Lincoln took the lead when Kelly took a quick tap penalty and offloaded to Miles, who did a hitch kick and stepped between two players for a try in the corner.

The game continued to be a tight affair and Long Eaton slotted over a penalty to level the score at 17-17 going in at the break.

Long Eaton moved in front with a converted try inside the opening two minutes of the second half.

Lincoln put in a determined performance and reduced the deficit on the hour mark when Alex Brodrick’s offload set up Kelly to run in for his second try of the match.

Miles slotted over a penalty after 68 minutes to edge Lincoln in front by a single point, but Long Eaton soon crossed for an unconverted try to snatch the lead back.

Lincoln piled the pressure on in the opposition’s five metre line and, after a few forward phases, Alex Brodrick passed the ball out to Dowdy near the touchline, who managed to get over the line for a try 10 minutes from time.

Lincoln secured the victory in the final minute of the match when the ball went through the hands from a ruck, before Kelly ran through a gap and beyond the last man for a try to complete his hat-trick.

Milnes slotted over the conversion to complete the scoring and a fine afternoon for Lincoln.

Lincoln Imps XV captain Luke Brodrick said: “I am so proud to have been a part of this team that have put in a huge shift through the competition and Saturday topped it all off.

“It was a very tough game, but we dug deep to come out on top. The boys deserved the win.”

Team Manager Brad Nixon said: “After the disappointment of losing in last year’s final the guys showed real character to come out fighting and get the job done against a well drilled Long Eaton team.

“The resistance, determination and courage was the best I’ve seen from a Lincoln Imps side and long may this continue.

“The future is bright for us and hopefully this is one of many pieces of silverware. Every man should be proud of what they have achieved in these difficult times.